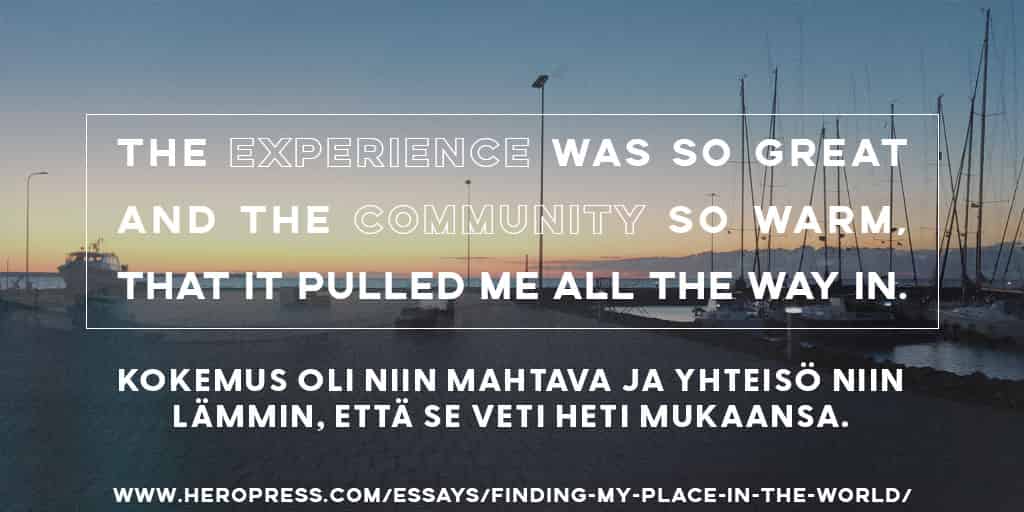 From a young age, I’ve been interested in computers. That probably comes from our family tree, as my grandad was a home appliance repairer and father has had a career related to the Internet since the early 2000s dot-com boom.

I remember looking at schematics of different household appliances at our grandad’s repair shop. Thinking how on earth the television game shows, where you could send a text message to “throw” a ball towards the goal on the virtual background behind the host, do work. Spending time at the computer, going thru different websites and being impressed by those. Father being head of e-commerce for a hairdressing industry chain and seeing the growth of e-commerce during the mid-2000s.

At that time I was in primary school and didn’t understand much of what all that was about. And surely wouldn’t have even guessed that someday I would have a career in IT.

Getting familiar with the Internet

Sure, back in the days, you had MySpace, virtual horse stables, guestbooks, IRC-Galleria, and different “website builders”… everyone explored the possibilities of these tools and technologies. You almost weren’t cool if you didn’t. So of course I built a few websites mainly just for fun, like almost everyone else of my age at that time. I also purchased my first domains and made a few sites public. One of those, for a scout group, was “coded” with excel. That’s how I started learning HTML and CSS.

When secondary school started, I did get really interested in sewing, and light-and-audio equipment for live productions. And politics.

I felt that the Internet I had grown with, was threatened. The Pirate Party movement had just landed in Finland and they were defending everything I believed in: open access to information and people’s online rights. Despite my young age, they welcomed me, so I got involved with registering the party for elections and in general.

They used IRC for all the communications, and soon I became frustrated because of missed conversations due to shutting off the computer and thus signing off from IRC as well. That led me to assemble, install and run my first home server so I would always have IRC on. Of course, the new server intrigued me and almost invited to try out hosting the websites myself. That way I learned the basics about Linux, Apache, PHP and MySQL. My interest in these things was understood by only a few classmates and for everyone else, I was a bit of a weirdo. Because of that, I didn’t make many friends from the same age group with me – and that stays true to this day.

At some point in all this, I found WordPress. It was around 2009 and version 2.8 when I installed WordPress for the first time. I immediately started looking for ways to modify and extend the website. One thing lead to another. Soon I had installed WordPress quite a few more times, and even helped one of my friends to set up a website for their parliamentary election campaign. For getting the timeline right in this post, I looked up my old websites and found out that in 2010 I had published a guide on how to translate WordPress into Finnish and even offered some theme translations to download.

And yet I still didn’t think that IT, servers, websites or WordPress could be my career. When secondary school ended, I applied to study live production. Like audio and lights in concerts and all that stuff. Didn’t get selected for that school, because of the low numbers on the diploma. That was devastating.

But little did I know. The third school I applied to, selected me and there I was, going to study multimedia for three years. Photography, video editing, design and a little bit of web development.

Looking back, this was one of the most pivotal points in my life. Three years in that school taught me how to be creative with design and boosted my self-confidence in coding skills. Starting almost from the first web development classes, teachers saw my skills and encouraged me to continue coding. I started helping other students during the classes, as most of the web development stuff was already familiar to me. I really enjoyed the print design classes, photography and school in general after a long time.

I had also become active in running one of the few Internet cafes in Helsinki that were left in the early 2010s. At the time, we were one of the few places which served only vegetarian food, had open wifi and laptops available for customers. As I was interested in tech and some knowledge, the natural thing was to be involved with maintaining those laptops and the website for the cafe.

Some same founders of that cafe cooperative had founded another cooperative in the early 2000s, to offer reasonably priced hosting and email services for associations and other NGOs. After some time, they invited me to join and soon I started helping with server upkeep and customer service. I would also make a number of websites with WordPress for our clients.

I started to feel that I had found what I want to do in my life.

Then my partner at the time did get severely ill mentally. That started to affect me as well, and the last year of school with one half at on-the-job training and another half at school doing a bigger final project was very emotional and filled with deep worry. During that year we broke up and that led to depression.

I didn’t go to school. I didn’t answer the emails or phone calls from my teachers. For a good few months, my life was filled with going out to nightclubs and doing the cooperative work for which I felt a responsibility.

One day, when one of the teachers was calling yet again, I gathered myself and picked up the phone. It was only a month before graduation and I had some courses and a final project to complete before that. Somehow we managed to arrange everything and with the support of all my teachers, the last course was accepted as completed two days before the graduation ceremony.

Not finding a job in the industry

Right after graduation, I started looking for a job in the web industry. Tens of applications lead to few interviews, but nobody wanted to hire a newly graduated 18-year-old. I had some experience working in the kitchen from summer jobs, so I started applying to those types of openings, from fast-food chains to being a dishwasher at restaurants in need of income.

A few months passed, and even though the school kitchen work was nice, I knew that it was something I didn’t want to do for too long. Finland has mandatory military or civil service for all adult males, so I started planning to complete my service soon with the hopes of finding a job in web development after that.

Only a few weeks before my civil service was due to start, one of the companies I had applied to reached out to me and offered a job. Being thrilled about finally getting a job offer in the industry, I did take that offer right away to learn that I would be a sole developer. At the age of 19. At a company with multiple seriously big clients and custom systems written in PHP.

During that time, I also learned about the WordPress community in Finland and attended a few very early unofficial meetups. A bit earlier, I had met Rolle online, who happened to found a WordPress agency around the same time we started offering WordPress websites, on my initiative, at the company I was working for. At its best, we chatted daily and helped each other with our work.

Fast-forward a year. I was hired by a newly founded digital agency whose owners previously used me as a freelancer. It was really inspiring. I learned a lot and submitted my first patch to WordPress core during that employment. But something was missing. The owners didn’t really see the value in the community and, in fact, denied me from attending the first WordCamp in Finland.

Being very stubborn at that age and really interested in the community based on meetups, I cheated a little and booked train tickets to WordCamp Finland 2015. Ignoring the fact that my bosses haven’t allowed using one workday for that.

It was worth it and a second pivotal point in my life. I finally met Rolle in person and many other Finnish WordPress’ers I looked up to. Including Daniel, who was responsible for Finnish translations for years and Mikko, who was considered a WordPress guru.

Growing in the WordPress community

The experience was so great and the community so warm, that it pulled me all the way in. I started attending official meetups and over the years first became a volunteer at WordCamp, then organiser and lead the organiser. I also moved to another city and was the first hire in Rolle’s company.

And found my place in the world. From an industry and community, I could not have predicted, but to which the journey is quite obvious when looking back. A community that does not only share the same ideology that is still important to me, the freedom of information, but helps to make it true. A community whose members I consider close friends, some even as an extended family.

For those who are interested in my journey in WordPress Community, there’s a post titled “12 years with WordPress” in my personal blog waiting for you.

The post Finding My Place In The World appeared first on HeroPress.